My name is Dave Imus. I've made maps as Imus Geographics since 1983.

A lifetime Oregonian, I received a Bachelor of Arts degree in geography from the University of Oregon in 1982. In 1983 I founded Imus Geographics, originally working under contract for map publishers including Rand McNally. After a two-year break from work in the late 1980's, spent mostly in the mountains, I developed a cartographic style informed by Swiss topography. Since then, four of my works; Wallowa Mountains, Oregon (1995); State of Oregon (1998); Chugach State Park, Alaska (2006); and the Essential Geography of the USA (2010) have received top national honors in ACSM/CaGIS Annual Map Design Competitions. In 2012, my work received a considerable boost when Slate magazine called the Essential Geography, "The greatest paper map of the United States you'll ever see."

In 2019, I published the 2nd Edition of the Essential Geography, a transformational work that is more related to the art of illustration than to the science of map making.

>   The Essential Geography of the United States of America, 2010; Reference Maps - 1st Place, and Best in Show.*

* Map made collaboratively with Pat Dunlavey Cartographics, and available on this site. 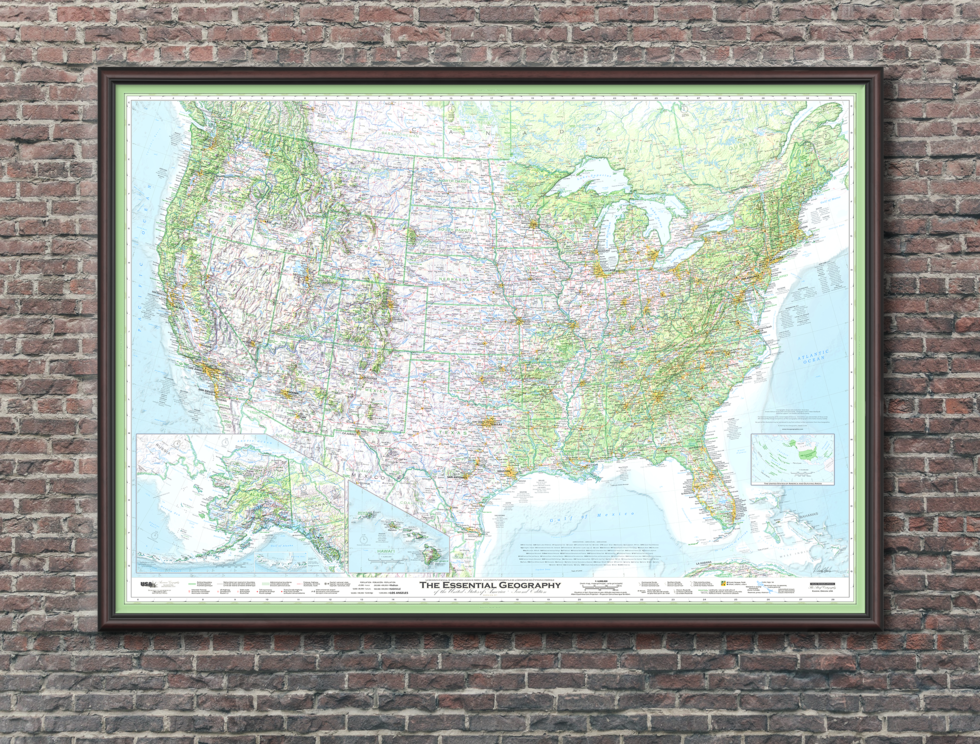